Definitive Descriptions in the Study of Religion and the Doniger Controversy 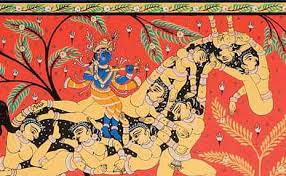 The responses to Wendy Doniger’s book, The Hindus: An Alternative History, whose publisher (Penguin, India) is withdrawing the book in India to settle a criminal lawsuit over offending religious sentiments, raise a whole host of issues.

Scholars and others have addressed freedom of expression, contemporary publishing, disagreements over translations, political ideology and the construction of narratives, and representations of opponents, among others. My focus here is a different question, simultaneously broader and more narrow, “What is the goal of the academic study of religion?”

One point of contention between Doniger (and many contemporary scholars) and some of her detractors is the difference between a generally post-modern conception of interpretation as subjective and a more modern, objectivist epistemology. While Doniger’s detractors identify specific assertions and dates that they have labeled as inaccurate, the central issue, the cause for taking offence, seems to be Doniger’s emphasis on less prominent anecdotes, images and interpretations that do not conform to the image of Hinduism that her detractors want to maintain. Doniger’s self-reflexive acknowledgement of her own selectivity within the “embarrassment of riches” that she identifies as Hinduism (and sometimes Hinduisms) becomes a further point of complaint. These opponents assume that questions have definitive answers. They acknowledge “the historical consensus,” whereas Doniger describes her book as “a history.” They consider the meaning of a text to be fixed, as expressed in the legal complaint, “When text remains the same it is obvious that its meaning & message have remained the same.” Doniger, on the other hand, acknowledges that multiple meanings are possible throughout the diversity of Hinduism.

If scholars in the academic study of religion, including Doniger, operate with this post-modern conception, why are definitive descriptions still so prominent within publications? When Doniger asserts, “The greatness of Hinduism – its vitality, its earthiness, its vividness, . . .” isn’t she promoting one conception of Hinduism over the “wrong” kind of Hinduism, much as she accuses some of her detractors of opposing those whom they identify as “the Wrong Sort of Hindus”? But my intent is not to critique Doniger but to critique the tendency across the field to define religions in ways that give preference to one group over another, sometimes intentionally, sometimes unintentionally.

If we recognize that our evaluations reflect our own cultural backgrounds, assumptions, and interests, how do we justify declaring that, for example, Buddhism emphasizes nonviolence or Christianity is about love and forgiveness? Asserting that our own selective construction represents the definitive definition is arrogant, especially as the variety of expressions and understandings that we identify with those labels are much more complex and diverse than any simplified statement. I am not arguing for pure relativism, but I am asserting that generalized descriptions reflect our constructions and preferences rather than some reality existing beyond those descriptions. Thus, we should avoid constructing definitive descriptions of traditions, including the implicit definition within any application of a label.

Which leaves us with the original question of what scholars of religion should do? As I have argued previously, avoiding the declaration that X is Muslim or Y is Jewish allows us to analyze the different ways that people define these labels and the choices and interests that inform the various constructions. The reason to focus on this type of analysis is not to avoid offending others, and it certainly will not prevent some from disagreeing with our assertions. Avoiding the labels enables us to treat our topics, and the people for whom the topics have great significance, in ways consistent with our own conceptions of how knowledge is constructed.

Steven Ramey is Associate Professor in the Department of Religious Studies at the University of Alabama, where he also directs the Asian Studies program. He received his Ph.D. from the University of North Carolina-Chapel Hill, where his work focused on contemporary religions and identity in India. His book Hindu Sufi or Sikh (Palgrave 2008) analyzes issues of identity within Sindhi Hindu communities.